It’s been a week living in our luxury 2 bedroom condo. And just as a reminder to watch out on the roads, today we saw our first vehicle fatality. We were walking across a nearby highway, where we saw a man who’d fallen off his motor bike. He was lying on the road, still seated on the bike, with a crushed head. It was pretty disturbing. The authorities had gathered around taking notes, conversing with each other. Folks were standing around watching. It was strange and unsettling. 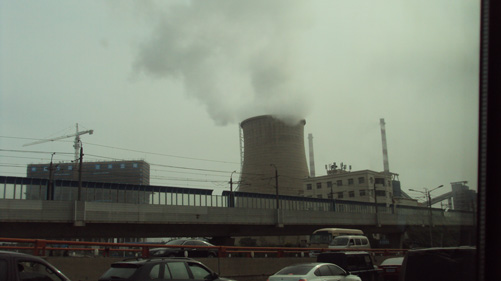 Our social life is lots of fun, as many of the new hires are in our age group, both couples and singles. So we have great times together, hearing amazing stories, enjoying meals together and making new friends. One of the most amazing is a couple with a young daughter who were evacuated from Libya in February. Incredibly they had to leave suddenly, taking nothing with them. They managed to book a flight out. When the taxi got within about 1 ½ miles of the airport they had to walk, along with about 20,000 others trying to get out. When they finally arrived there, the flight had been cancelled; they managed to run the gauntlet of Libyan soldiers beating people with sticks to the ground, and got a flight to Italy. It’s an amazing story. One of the reasons they were able to get through the crowd, they tell us, is because of the Muslims, who made way for them as they had a child with them.

Living here is easy. I still feel that we are on an extended holiday. We have a cleaning/ironing/washing lady. The head of school is a great guy, generous and welcoming.  The place is really like a resort with all the mod cons. 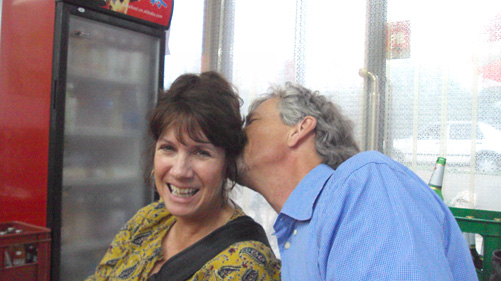 It takes us 20 minutes to walk to the beach.  There is a cafe downstairs that serves pretty good meals. This week the cost of these has all been met by the school. My classroom is large, bright and light, with two sides having windows with mountain views. This Thursday we get to see some kids!

One of our activities last week was a bus trip into Dalian (took 2 hours in traffic) to get medicals for our resident visas. It involved blood tests, chest x-ray, ultra sound, and  blood pressure checks. I have to say, that the hospital is not one where I would wish to spend too much time! On the trip home we bought cell phone cards. There have been a number of bus trips like this, taking us to good shopping places.

The area around here is going nuts with construction. We hear workers going on through the night, using flood lights. When trucks drive into the sites and leave mud on the road, there will be a crew of people with shovels following them, removing the mud from the bitumen. There is a luxury hotel under construction next door to us, and the rate of building is amazing. I think it must be a new story added every day. Several times a day we hear a round of fire crackers going off. We haven’t figured this out yet.

Today we spent 4 hours exploring a nearby city called Kaifa Qu (meaning Development Zone) where there a plenty of great shops, including some which cater to westerners. It takes ½ to get there. The school provides a bus for teachers each weekend to be able to shop.

This entry was posted in Reminiscing. Bookmark the permalink.